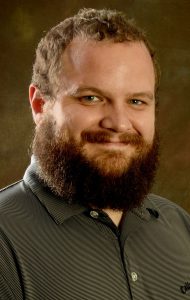 Cole provides a broad spectrum of business knowledge and applications for BATLite® as the General Manager. His diverse business education and experiences have laid the framework for a greater understanding of all costs and their impact on the bottom line. Current responsibilities include production scheduling and management, the receiving of materials for production, the tracking of orders, order fulfillment and shipping to domestic and international customers.

Prior industry work experience includes the areas of personal and business taxation, hospitality/restaurant, warehouse logistics, corporate accounting, purchasing and receiving, and production management. Cole’s most rewarding and successful roles have involved the development of teams and managing those teams to greatness with quality, cost, and efficiency at the forefront. Cole’s past experiences have led him to his role of General Manager where every he can leverage his past experience, to address the daily business challenges.

Cole graduated from Indiana University Southeast (IUS) in 2011 with a Bachelor of Science in Business with concentrations in Accounting and Management. 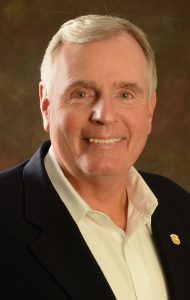 Mr. Fuller is an accomplished leader and manager with nearly 40-years of experience in large corporations and start-up ventures with businesses in the commercial and government sectors.

Mr. Fuller’s work history includes commercial companies and government contractors across various industries; telecommunications, Internet, software, cyber security, energy management, renewable energy, real estate and consulting. As part of management teams and as an outside advisor, he has raised over $3 billion in funding for the growth and expansion of businesses. He has also led and been involved in various mergers and acquisitions.

Mr. Fuller is a graduate of the United States Military Academy at West Point, New York where he received a Bachelor of Science in Engineering and earned FINRA (NASD) Series 7 and 66 licenses.

Juanita is a 21-year veteran of Techshot and BATLite®. As head of Human Resources for BATLite®, Juanita is responsible for all Human Resource related issues to include work with outside legal counsel. Prior to joining Techshot, Juanita worked in the fields of property management, healthcare and politics.

When BATLite® began its in-house manufacturing facility in 2015, Juanita acted as the Production Manager, laying the groundwork for the company by hiring and training the assemblers and production personnel. Her roles expanded and found her promoted to the Director of Human Resources and Contract Negotiations and Administration as well as Office Administration. Working with the affiliate company Techshot, Juanita is responsible for work with NASA, the Department of Defense, the National Institutes of Health and other government agencies.

Juanita graduated from the University of Louisville in 1996 with a Bachelor of Arts in Biology. 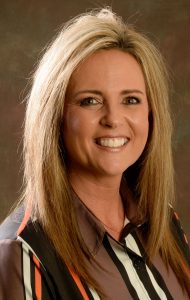 Patty is a finance professional with over 20-years of accounting and management experience.

As a key member of the BATLite® management team she brings a breadth of industry experience. Industries include the hospitality/restaurant, construction and staffing industries where she learned to forge relationships with banking partners, insurance agents and auditors. Prior to joining BATLite®, Patty worked as the Controller for a prominent staffing company in the Louisville, Kentucky area. Her work experience brings the knowledge and skills to manage, lead and oversee all areas of an accounting department along with experience in various financial, banking and managerial aspects of corporate accounting.

A Corporate Partner of